In the Event of Death

Information on how to proceed in the event of the death of a family member in Saudi Arabia, plus guidance on the repatriation of remains for a burial or cremation.

A death certificate issued by Saudi authorities is required to transport a body out of the country, and permission must be granted via the home nation’s embassy. Airlines also have requirements for the repatriation of bodies. The sponsor of the deceased is normally responsible for ensuring that the administrative processes are carried out correctly, and must also bear the costs.

In the Event of a Death whilst visiting Saudi Arabia

In the event of a death at a hotel, or your place of stay, the local police and either a doctor or ambulance should be notified.

If everything is satisfactory, the police or ambulance service will transport the body to the hospital morgue. If the death occurs in hospital, procedures will automatically get under way for issuing a death report and placing the body in the morgue.

The sponsor of the deceased person is legally responsible for handling the administration of repatriating a body from Saudi Arabia, as well as the cost of repatriation. Once the body of the deceased person is at the hospital, the hospital is required to issue a death report. If the death was caused by anything other than natural events, a death report may also need to be issued by the police.

The above report or reports are needed to obtain the official death certificate. Copies of the deceased person’s passport and Iqama (Residence Permit) are also required to be presented by the sponsor to the authorities, and an official form needs to be filled out (in Arabic). The death certificate should then be handed over to the legal representative of the deceased person.

Relatives of a deceased person should contact their country’s embassy at the earliest opportunity, which will be able to advise on specific procedures, and also advise about registering the death in the home country.

Saudi Arabia law requires the following documentation to be presented in order to permit the transportation of a body to the deceased’s home country:

•  Copy of the deceased's passport, including entry visa

•  Copy of the death certificate or death report (with English translation)

•  Approval from the deceased's embassy in Saudi Arabia

•  A copy of the notification of power of attorney from the legal heir (attested, and with Arabic translation)

In order for the body to be transported out of the country, the legal heirs of the deceased person need to present an affidavit to the relevant airline office guaranteeing that they will collect the remains on arrival in the home country. Copies of this letter need to be provided to the sponsor, relevant embassy, cargo agency and possibly any insurance company involved.

The body also needs to be embalmed before transportation, which can be done at the hospital once police clearance has been given. The hospital usually informs the sponsor of the actions required.

The sponsor, or legal guardian of the remains, needs to then present the deceased’s Iqama (Residence Permit) to the Passport Department (the Ministry of Interior has contact details) in order for an exit stamp to be issued, and then passed on with the other documents to the cargo agent charged with transportation of the body.

Embassies and consulates can offer advice on registering a death with the local authorities and how to make funeral arrangements. Embassy and consular officials may also be able to offer help with:

•  Liaising with the local authorities

•  Contacting the next of kin

•  Assistance with repatriation of remains

The death of a foreigner can also be registered at most embassies and consulates. In the case of British nationals, consular death registration is not compulsory, but can be beneficial as the record of death will be permanently accessible at the High Commission and will be communicated to the General Register Office in the UK.

National embassies and consulates have more information on registering the death of a citizen, as well as transportation of the remains: 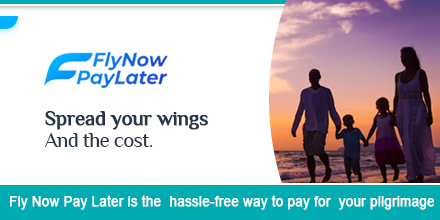